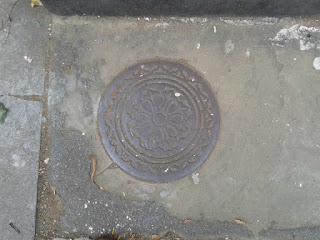 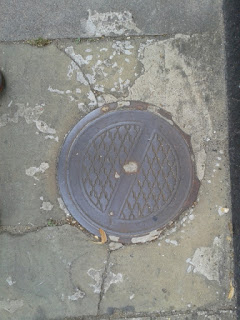 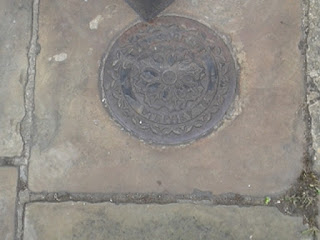 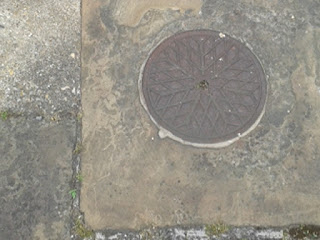 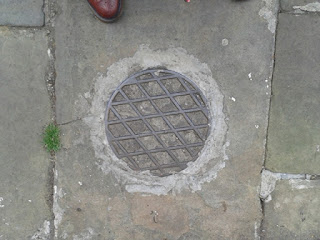 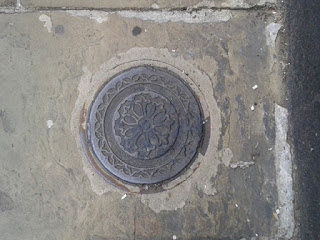 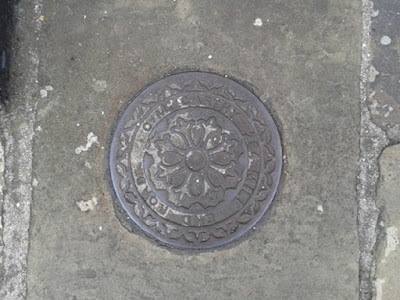 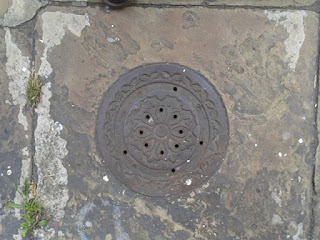 I was recently in the Limehouse area of East London and straying a few yards north of the busy Commercial Road, stumbled across the Georgian oasis of the York Square Conservation Area and its surrounding streets including a Saxon church.

The buildings were nearly all handsome 2 storey brick homes, directly fronting onto York stone pavements. York Square itself has 2 pubs fronting onto it. I even saw a family of song thrushes in the churchyard. As you'd expect this close to the City, gentrification has set in and houses in York Sq sell for over £700,000.

There were some lovely coal hole covers around which were mainly not marked with the maker or suppliers name but I did find a CM McCarthy of 284 Mile End Road and another from Stepney. The area is mainly in Tower Hamlets and the Council has published a guide, although it doesn't specifically refer to coal hole covers.
Posted by Andrew Coleman at 11:00