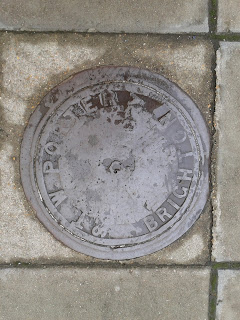 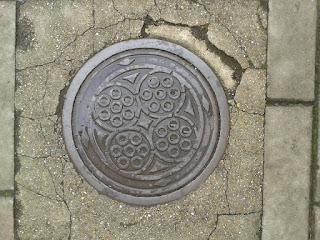 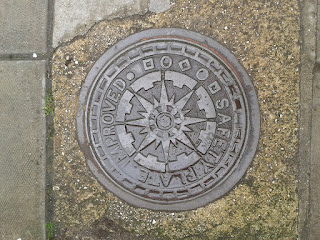 These photos are taken in adjoining streets (Over Street in the middle) in Brighton's North Laine area, near the station. The North Laine (Laine is another name for a field and the street pattern in this part of Brighton follows the old field boundaries) was the industrial heartland of Brighton after the railway arrived. There were foundries and basketmakers, among other trades. These only survive in the form of street and pub names. Both these streets have been repaved so its good to see that the coalhole covers have been kept. At least one resident of Tidy Street still uses theirs.
Posted by Andrew Coleman at 23:47